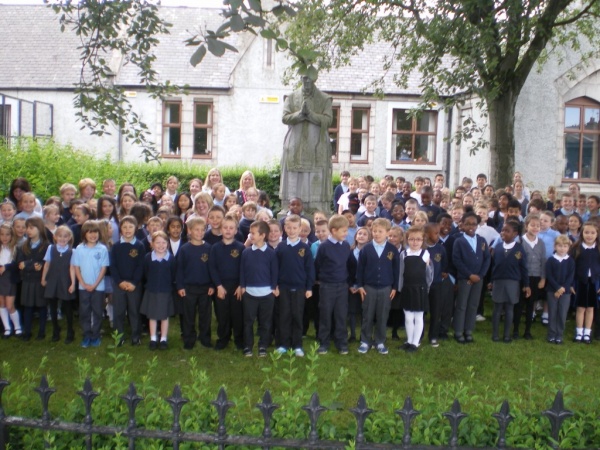 All parents received letters inviting them to attend meetings at which Aberdeen City Council officials will listen to your views about our school building. The Council have agreed to fund additional school places to serve the Tillydrone area. They are looking to identify suitable sites for new school provision, which may also include a replacement building for St Peter’s School.

Please come along to the meetings to make your views known. It is really important to have your say at this stage when officers from the Council are collecting ideas to put into the options to take to the councillors at the Education and Children’s Services Committee meeting in September 2016.

There will be meetings at Riverbank School on Tuesday 17th May and Tuesday 7th June, both also at 6.30pm.

Bishop Hugh Gilbert has expressed trust in the commitment of Aberdeen City Council to Roman Catholic education in Aberdeen and the process that is underway. He has said that “the Council is clearly considering a number of options with regard to primary education in Aberdeen, and that may involve the future of Saint Peter’s. Safeguarding the provision of Roman Catholic education is a shared concern for the Council, the Diocese,  and the parents of children already at the school, as well as those who hope to have their children placed in a popular school with Catholic values.”