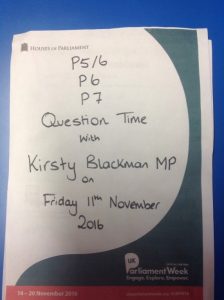 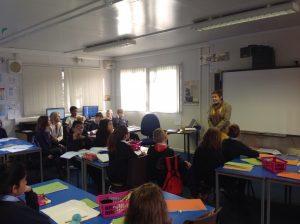 This week primary 6 are taking part in Parliament Week, learning about what parliament is and what it means to them. In preparation for this, pupils had a “question time” session with Kirsty Blackman MP on Friday 11th November. Pupils used this opportunity to ask a range of questions such as what it is like to sit in the House of Commons, whether she has ever asked the Prime Minister a question and how she became an MP.

Today, as well as learning about the Houses of Parliament in London and the Scottish Parliament in Edinburgh, pupils discussed fairness in politics and we will be going on to representation and how the views of minorities (as well as the “majority”) can be valued and heard.