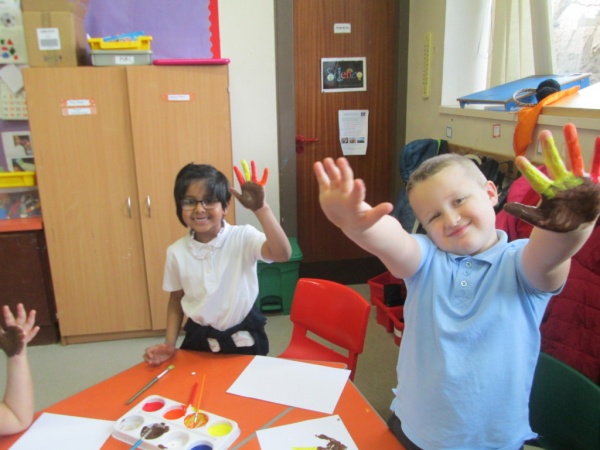 Topic
USA
We learned how to make candy canes; we made candy canes because they remind us of Jesus the good shepherd who looks after us all. By Kinga.

We learned the Statue of Liberty is in New York and was gifted by France in the 1800s. She holds a torch in one hand and a tablet in the other. By Amelia. 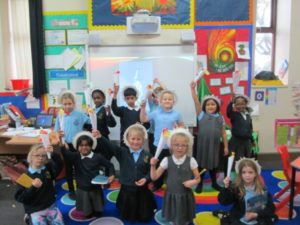 We have been rehearsing for P1-3/4’s production of “Children of the World”. Thank you to our families for supporting us in learning our lines, actions and songs. We have been reflecting on how different parts of the world celebrate Christmas as well as reflecting on Advent and what it means to us.

Christmas Craft – Thank you to the parents who supported us in creating our crafts and making our stall a success. We raised £13 as a class. Well done! There is still chance to purchase crafts if interested. Profits raised from purchasing our crafts goes directly to our class as part of our enterprise project. We are also raising money for SCIAF’s “Real Gifts” instead of buying cards to send to our friends. So far we have raised £5 as a class. We are keen to buy a shelter which is £32.

At the beginning of December we took part in “Engineer ‘N’ Our Lives” where we took part in challenges linked to Goldilocks and the three bears. During these challenges we learned about the different types of engineers such as design, materials and civil engineers. We also got to meet a real engineer from Chevron who told us all about his experiences offshore and about working as part of a team. Thank you to all our visitors in making the week a success.

We have been learning to tell the time to quarter to and quarter past. In fractions we have been reminding ourselves of halves and quarters and finding a quarter of a number. By Kinga.

Some of us linked our learning on fractions to division and multiplication.

This term P3’s took home Read, Write, Count bags. There was a book called “There’s no dragon in this story.” We also had a picture atlas and a dice with pictures on to help write stories. We also had money cards. Getting the bag made me feel super duper happy. Parents came in to see the bags and our projects. By Kinga.

There was a competition to open the Infant Library where we had to write about our favourite book. Some wrote about Peter Rabbit after we had been to the cinema to watch the film.

We made viruses out of playdough when we were learning about the flu the same day as flu immunisations. We learned why we need to wash our hands when we sneeze and before we eat. We learned the best place to sneeze if we don’t have a tissue is in our elbow. By Kinga.

For anti-bullying week we explored bullying as a choice and as a class we decided to choose respect. 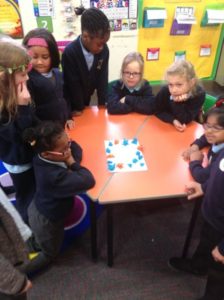